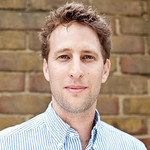 Or Offer founded our Company in 2009 and has served as our Chief Executive Officer and as a member of our board of directors since that time. Mr. Offer was also a founding partner at AfterDownload (acquired by IronSource) and is an active investor in a number of startups. Mr. Offer holds a B.A. in Information Technology and Marketing from The Interdisciplinary Center in Herzliya, Israel. 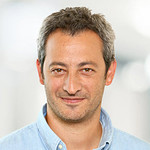 Benjamin Seror is one of our co-founders and has served as our Chief Product Officer since September 2012. Prior to co-founding Similarweb, Mr. Seror led the design and development of several multi-screen ad networks, including Red Loop Media from December 2011 to October 2012 and Amdocs from June 2007 to January 2009. Prior to Red Loop Media, Mr. Seror led the design and development of Causebee Ltd, a company focused on helping non-profit organizations raise money through digital means from January 2009 to December 2011. Mr. Seror holds a B.S. and M.S. in Applied Mathematics from University Paris IX (Dauphine) and ENSAE (Ecole Nationale de La Statistiques appliquee a l’economie). 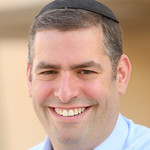 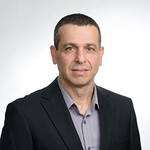 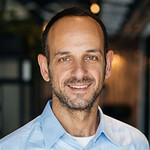 Dan Yalon has over 15 years of experience leading product, marketing and corporate development at global technology companies. He most recently served as the EVP of Products and Corporate Development at Stratasys where he spearheaded the company's strategic acquisitions, investments, partnerships and industry focused product strategies. Prior to this Dan was the Chief Strategy Officer at NICE and the Head of Strategy at Amdocs. He holds a dual BA in Business and Law from the Hebrew University in Jerusalem and completed the Advanced Management Program at Harvard Business School. 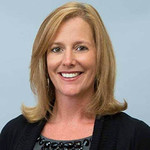 Carrie Lazorchak has served as our Chief Revenue Officer since October 2018. Prior to joining Similarweb, Ms. Lazorchak was at Nuance Communications starting in February 2001, and served as Senior Vice President of Worldwide Sales from October 2015 until her departure. Prior to that, Ms. Lazorchak held sales leadership roles at LifeMinders from January 2000 to February 2001 and Inacom Information System and Data Processing Solutions from April 1997 to December 1999. Ms. Lazorchak is also a mentor in the Global Good Fund, a non-profit organization who provides leadership development solutions for social entrepreneurs helping them become impactful global leaders. Ms. Lazorchak holds a B.S. in Public Relations & Communications from the Perdue School of Business and an M.S. ITS from Johns Hopkins University. 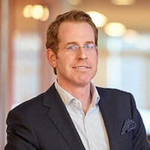 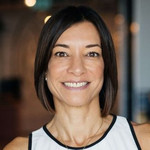 Sigal Gillmore has served as our Chief People Officer since April 2018. Prior to joining Similarweb, Ms. Gillmore served as Executive Vice President of Human Resources at NICE Systems from September 2009 to March 2018. From September 1998 to September 2009, Ms. Gillmore served in a variety of management roles at Microsoft, including serving as their Senior Human Resources Manager and International Talent Acquisition Director. Ms. Gillmore holds a B.S. in Psychology and Political Science from Bar Ilan University, and an M.Sc. in Organizational Behavior from Tel Aviv University.